Epner Technology mourns one of our own

This virus scourge has taken the life of Steve Candiloro Jr. known to all as JR.  His plating knowledge and engineering talents were without peer. Plating was in his DNA. It began as a young boy working alongside his father in Steve Sr’s chrome plating operation, called Technical Metal Finishing.

When that company closed, JR went to work as a lab technician at Lea Ronal, an early supplier of proprietary gold plating baths.  His father went on to manage a plating shop on Long Island.

Cohan Epner, as my company was then known, was named after the two founders when they opened for business in 1910 gold plating jewelry and novelties. The company grew steadily over the years and in 1979 a large production contract from Xerox was straining our capacity, so driven by the Xerox contract, we decided to change the focus of the company from the gold plating of jewelry, to high-tech specification plating, which included exploring the new market opportunities that were opened up by our Laser Gold high reflective infrared plating process.

This new breed of customer needed a plating supplier that was able to understand and meet the specifications and technical requirements that were common to this market. A far cry indeed from our customer base of the previous sixty years.

We needed to hire a production manager with high-tech engineering and specification plating experience, so I turned to the “tech reps” who work for the suppliers of our various plating baths. They know every plating manager in every shop and when I asked each one, “Who is the right person for this job?” they all came up with the same name. Steve Candiloro Senior, JR ‘s father.

I invited Steve Sr. to lunch and made him an “offer he couldn’t refuse”. He took the job and it soon became apparent that our “new hire”, a graduate chemical engineer with many years in the “trenches” of our industry, had a depth of technical plating knowledge and hands-on shop experience that was truly unparalleled in our industry.  It was not long before JR again became his father’s apprentice, joining our company in 1983.  In the mid-90’s Steve Sr. and I backed off from the day to day running of the shop and JR became the Production and Plant Manager. He redesigned our waste treatment system so that we went to zero discharge. It took away the stress he felt every time the EPA showed up. Next, he upgraded the air handling and scrubber systems in the shop both improving conditions for the staff while removing any chance of dangerous fumes getting out untreated.

Perhaps JR’s most significant legacy is that, unlike most people in our industry, JR did not hide his vast knowledge. Whether it was plating a difficult substrates like Beryllium, Molybdenum or Neodymium, etc.…With open collaboration with Dr. Gustek our Head Laboratory Manager, he figured it out, documented it, and shared his techniques and know-how with the platers that actually handled the parts.  This cross-training is what has permitted us to survive and indeed, grow and thrive since his passing.

Often, when wearing my salesman’s hat, coming through the shop accompanied by a customer with an “impossible” project I always introduced JR as, “The guy that makes my bullshit come true” He never let me down.

An example of that last sentence occurred about four years later when that our company was presented with, arguably the most incredible and challenging plating project any shop in our industry had ever tackled.  This project would stretch JR’s plating-engineering know-how to its limit, and the result proved this talent beyond any doubt. Let me explain.

It all started about ten years ago. I was sitting in my office after hours when the phone rang and the person on the line, calling from Missoula Montana, asked if we could plate the inside of a water-cooled, stainless steel Bell jar? I envisioned he was talking about a typical laboratory bell jar. Open at one end with a dome shaped closure at the other. Usually about a foot in diameter and 2 feet high. I asked, “How big is it “? He replied,”13 feet high, 7 feet in diameter and it weighed about 40,000 pounds. And oh yes, we need 100 of them done”.

When I got up off the floor, I asked him how many plating companies he had approached with this project? He said he had been all over the world trying to find a shop that would even discuss it much less agree to do it. I said, “I think we might have a shot at it but the non-recurring cost would be enormous” I threw out a million and a half bucks for NRE to see if he was real. Indeed, he was. I knew JR had experience with the smaller jar that I had originally envisioned. He would make the bell jar its own plating tank. After inserting an anode, we would repeatedly fill and drain it with each solution in the process, just like a washing machine. When I laid out the project to JR, his reaction was just what I expected.  “Let me at it” he exclaimed, and a day later he presented me with his plan of action.

He had designed a steel gantry-like stand that would support the jar by its trunnion “ears” and then the stand and jar would be transported by a forklift with 50,000 pound capacity into the loading dock area of our building. Preparation for that required moving our entire wastewater treatment system onto the plating shop floor with re-plumbing every rinse tank as well as removing part of the building to accommodate the height of the jar in the stand.

Another huge upfront cost was the gold plating solution more than 2000 gallons valued at over $4 million would be needed to fill the jar so. JR designed what we laughingly called a giant fiberglass condom which he had fabricated at a local boat builder. This plug would displace about half that volume as well as offer a mounting surface for the nickel and platinum coated titanium anodes.  That still left us with a gold inventory requirement over $2 million, which was required to fill the one-foot gap between the plug and the wall of the jar.

The customer did not balk at paying these up-front costs as well as the six-figure price I quoted for each bell jar.

In a short time, Jr and his team had gotten production up to one jar a day until 103 were shipped!

(For those readers who might be interested in some of the technical details concerning the purpose and function of these huge bell jars, that information can be found at the end of this blog.),

This project represented the most challenging of the countless plating problems that yielded to JR’s know-how. His smile and his talent will indeed be missed.

We were flooded with many condolence letters from customers and suppliers. They were posted in the shop. One letter, spoke eloquently for all the others. It was written by a frequent visitor; an engineer at one of our larger aerospace customers based in the mid-west. He often showed, up hand carrying another one of those plating challenges. JR trusted him totally and he had the run of the shop.

An excerpt from his letter:

“Working so closely with JR these past few years was an incredible honor for me. From decades past, I was aware of the depth of technical talent JR possessed.  During the last several years I worked shoulder-to-shoulder with JR, I really got a sense for who JR was as a person and what he stood for.  I am very grateful for that experience”.

They were used for the “growing” of pure silicon for both the chip market and for solar collectors. Each chamber starts the process with 30 or more pencil-thick, 12- foot long starter rods which glow bright red when the power is turned on. Trichlorsilane and hydrogen gas are introduced to the sealed chamber and the rods grow slowly over a period of some four or five days to a diameter of 8 inches. It takes more and more electric power to keep the rods glowing red hot as the diameter increases. Indeed, the single highest cost of semi-conductor production is electric power and the Laser Gold coating of the interior of the bell jar reduced this cost by an astounding 40% as it reflected the heat generated back into the process instead of being absorbed and wasted in the water cooling jacket on the outside of each jar. 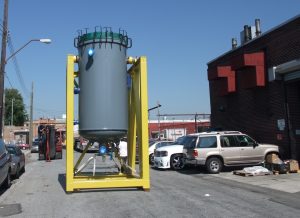 Bell Jar Prior to Transport Into Building 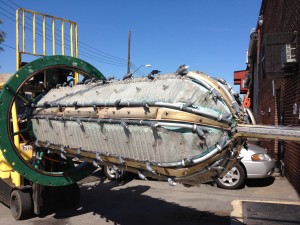 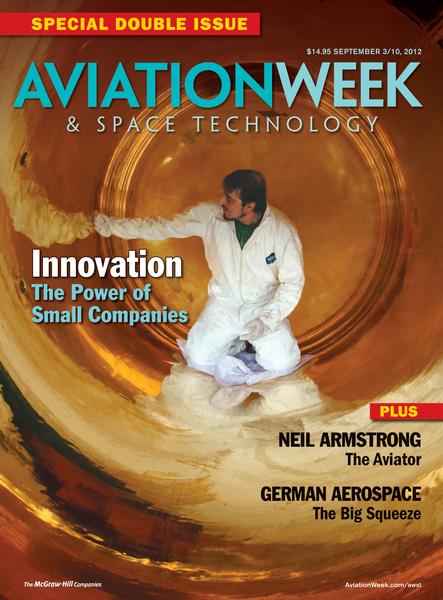 3 thoughts on “Epner Technology mourns one of our own”