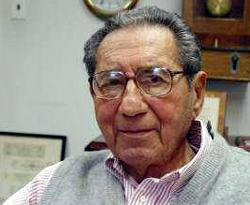 It is with deep sadness that we note the passing of our mentor, colleague and friend. Gerald Epner, Vice President of Epner Technology, died recently after a short illness.

A plating engineer and entrepreneur for virtually all of his adult life, Gerald Epner was a graduate chemical engineer, Brooklyn Poly Tech, Class of 1935. He went to work for his father’s electroplating company where he established one of the earliest and most complete job shop process control laboratories. This contribution helped the company grow to be the largest and most successful jewelry and novelty plater in New York. He spent the World War II years as a civilian quality specialist consulting for the Air Materiel Command based in Cleveland, with responsibility over defense contractors supplying a wide range of military aircraft throughout the Mid West.

Rejoining the family business after the war, he became President of Cohan-Epner as the company was then known, succeeding Emanuel Cohan who, with Louis Epner, founded the company in 1910.

In 1961, he moved the operation from Manhattan to a new 60,000 square-foot facility in Brooklyn where the firm grew to some 150 employees.

In 1979, he guided the company through a major reorganization, away from consumer products and into its future core technology. Namely, Laser Gold, a process that Gerald Epner developed into the world’s most efficient electroplated infrared reflective coating. In 1985, his process became the NBS Infrared Standard.

The company achieved further success when he combined the Laser Gold process with electroforming. These two engineering breakthroughs have permitted the company to evolve from a jewelry job shop into a supplier of proprietary products to the defense, aerospace, medical, and semiconductor industries.

Eschewing retirement, Gerald Epner was active in the company into his 88th year.

He is survived by his wife, two sons, a daughter, a step-daughter, five grandchildren and his brother David, the present head of Epner Technology.