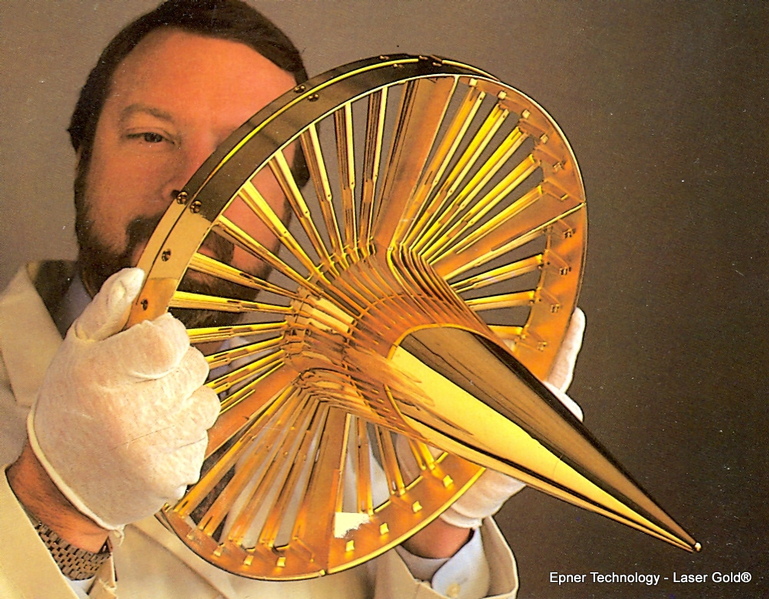 Electroforming is the process of fabricating a part from the plating itself. A shaped mandrel is plated long enough to build up a “stand alone” thickness. The mandrel is then removed by melting, chemically etching or exploiting differences in thermal coefficients of expansion between the electroformed part and the mandrel. Since aluminum can be chemically dissolved, a complex electroform can be produced exactly to specification. The use of copper plate as an electroform is preferred in some cases. The process is essentially similar, however, the outside of the electroform is polished and gold plated and the inside of the part is blacked with Laser Black. This method is often used as a cold shield, or when the part requires an optically light-absorbent surface. Oxygen free copper baffles may also be grown-in by layering or sandwiching the copper baffles between the 6061 aluminum during the manufacture of the mandrel. Care must be taken to completely remove the aluminum mandrel from all surfaces prior to the application of Laser Black. As the Laser Black is fragile, it must not be touched after the application as it tends to burnish easily. 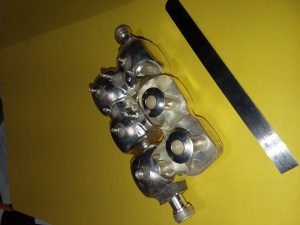