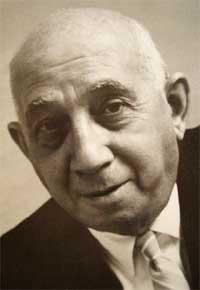 One of the founding partners of Cohan-Epner Company, Louis Epner was the “outside man” of the company for most of his working life. Born in New York of immigrant parents, his education was limited, but he overcame that handicap by being a voracious reader. In 1910, he and his brother-in-law, Emanuel Cohan, formed a jewelry repair company. The plating was incidental to the repair function, but eventually became the focus of the business.
This photograph was taken one week before his death.