A LIFE IN PLATING 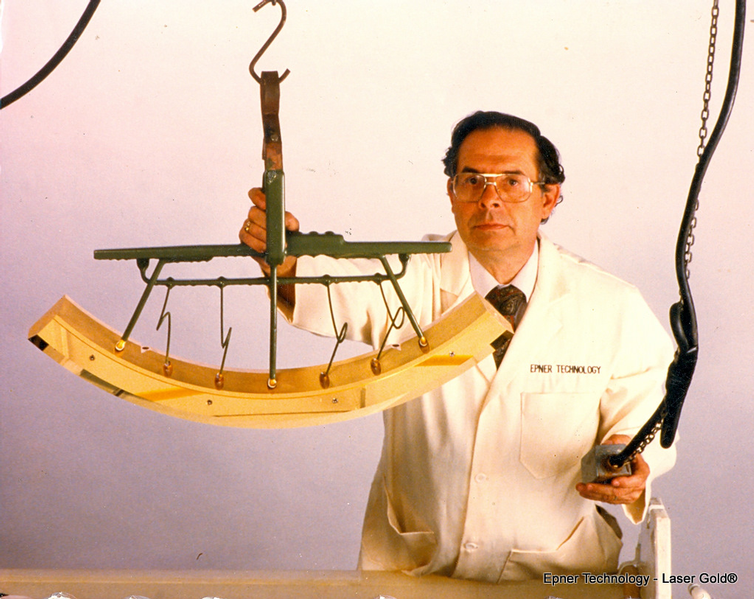 Stephen Candiloro, Sr., one of the plating industry’s technical giants, died suddenly February 6 of a heart attack. He was 77.

During the latter half of his 50 year career in plating, Steve Candiloro, Sr. was the technical heart of the team that propelled Epner Technology Inc. into its second century as one of the world’s leading high-tech electroplating job shops.

After serving in the Army, Steve achieved a degree in chemical engineering from Newark College of Engineering and was employed as a lab technician at Westinghouse Electric Corp. In the ensuing years and a variety of laboratory assignments, he was hired as a troubleshooter for their extensive plating processes by Grumman Aircraft Company.

He became part of the job plating industry in 1965, and never looked back, opening his own shop in 1973 doing chrome plating.  After “partner trouble” caused the demise of that firm, Candiloro went on to become the Quality Control manager of a large plating job shop on Long Island.

In 1979, a chance meeting with David Epner, president of Epner Technology, led to a position of plant manager with a promise of an equity position, “if things worked out”.

Steve’s talent and dedication earned him a full partnership in the company, and in 2001 he moved up to VP of Research and Development.

Steve’s innate curiosity, coupled with his incredible depth of plating experience, led to the development of Laser Gold, the world’s gold standard for infrared reflective performance. This technology alone has propelled his company to a unique position in the world of aerospace and high-tech plating.

His work developing techniques to plate on difficult substrates such as titanium, molybdenum and particularly the engineering plastics has permitted the company to secure its position as the leading “go to” shop for such customers as Lockheed Martin, Raytheon, Boeing, Northrop Grumman and NASA.

As David Epner has often said, “What Steve has forgotten about plating, our competitors wish they knew.”

Candiloro was a member of the AESF and countless other philanthropic and business organizations. He is survived by his wife, eight grandchildren, a daughter and his son Stephen Candiloro, Jr., Epner Technology’s Operations Manager.

“It is our pleasure to inform Epner Technology that you have been selected as one of our top Quality Suppliers for the year. We are also pleased to announce that this is the second time LI-COR, Inc., has been able to recognize Epner Technology as one of its top quality suppliers.”