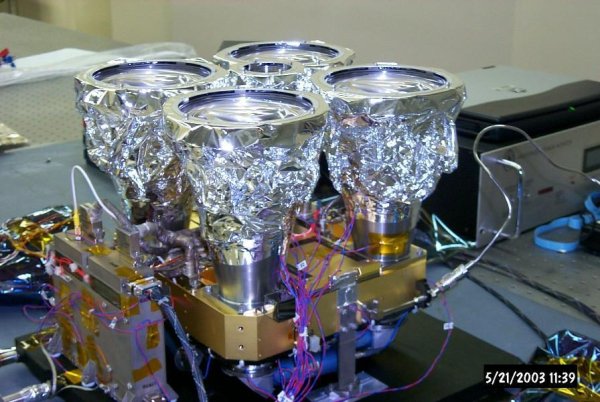 I have begun this blog on a Monday night, just one week to the day that I watched New York Harbor creep slowly up the street on which I live.  It never got closer than 300 feet but it was a sleepless night indeed!  Earlier this evening I made my way into a damp and chilly Manhattan and took my seat in the Rose Center for Earth and Science at the Hayden planetarium, The American Museum of Natural History.

A professor of earth science at a local college sent me an email saying that the Hayden planetarium was sponsoring a lecture on MESSENGER, the NASA mission to the planet Mercury. Dr. Sean Solomon, The Director of the Lamont Doherty Earth Observatory at Columbia University was the lecturer. The presentation took place inside the darkened ball which is the projection screen for the planetarium.

Dr. Solomon’s talk covered chemistry, topography and a whole bunch of other stuff that MESSENGER sent back to Earth. Much of it was over my head, however, I did know quite a bit about one instrument on the MESSENGER mission.

From Greenbelt to Greenpoint: How Epner got involved with NASA’s mission to Mercury.

In 2004 two engineers from NASA Goddard Space Flight Center, Greenbelt, MD, came to visit our plating facility in Greenpoint, Brooklyn. They unpacked a gold plated housing almost 2 ft. and 5 inches high fabricated out of Beryllium. This happened on a Thursday (the day is important).

The NASA guys said another plater had made two attempts to gold plate the housing but each time the plating blistered during the high temperature bake test required by NASA. The bake test was critical because the component was the heart of the Mercury Laser Altimeter (MLA), an instrument key to the Mercury mission.

The NASA engineers explained our task: The housing had to be stripped of the  defective plating, masked in areas specified on the drawing, plated with .0005″ of electroless nickel, and 50 micro inches of Laser Gold.

Then NASA dropped the other shoe!

“We must have this finished by Tuesday.” “Which Tuesday,” I asked, knowing the answer.  It got worse. Before we could touch the part, it had to be shipped back to the manufacturer to remove hardware and even with a tailwind we would not get to start stripping it until Saturday morning and NASA needed it three days later?!  They read our faces and, preempting the utterance forming on my lips, said the magic words to a small business man, “Just tell us what it takes.”

Thanks to FedEx we got it back on Saturday morning sans hardware and we began our process.  The engineers returned on Tuesday bringing a dual-viewer stereo microscope which they placed on my desk. Stephen Candiloro Jr, our production VP, his face showing the strain of the double shifts he had supervised in order to make this deadline, placed the housing under the lens, the part still warm from the oven.

Both NASA engineers bolted to their respective eyepieces and I could see the joy welling up in their faces as they searched in vain for defects. They reached for the phone, “We got it,” was all that was said.

We left for lunch at our favorite Brooklyn Italian restaurant, Bamonte, where after a toast to the project with the house red, we heard the real reason for their elation. “Epner, we didn’t want to spook you last week so we didn’t tell you that if we didn’t get a good part today, we were going to scrub the MLA instrument’s trip to Mercury! You’re going to get the best Atta-Boy-Letter I’ve ever written.”

Note: To read the full letter, refer to photo reference section below.

The above events took place in 2004. Some six years later we were approached by the European space agency to do some critical plating on their mission to the planet Mercury. It was called Bepi Colombo named after a renowned Italian astronomer.

During a meetings with the  team they had sent to New York, one of their engineers wondered aloud, “What temperature was our gold plating subjected to by the NASA people when testing the hardware for messenger?”

Although the ESA and NASA had many connections, I thought this would be a nice excuse to renew acquaintances with Arlin Bartel, our program manager on the MLA, so I offered to make the inquiry.

Messenger was rapidly closing in on Mercury and Arlin wrote me a letter. I have excerpted his very flattering email below:

“All parts that you plated for us showed no signs of degradation after our thermal vacuum testing here at NASA, which is a testament to the quality work you and your company perform.  Perhaps even more important than the ground test program is the fact that as part of MESSENGER’s current preparations for our “Mecury Orbit Insertion” next March, the MLA Instrument was brought out of hibernation for a series of turn-on tests last week and the laser still performed perfectly, which would not be possible if the plating inside the laser cavity had degraded.  Your work has been critical to the success of our mission to date…” 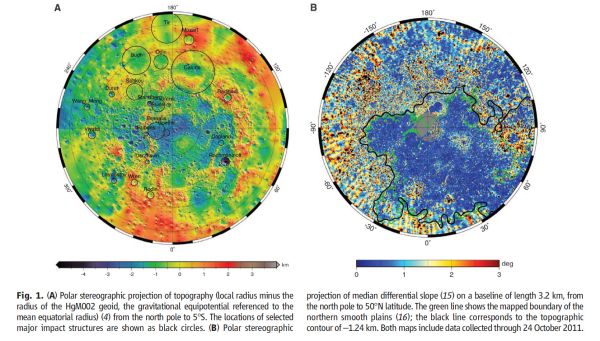 Topography of the Northern Hemisphere of Mercury from MESSENGER Laser Altimetry.  Image courtesy of Science/AAAS and Dr. Sean Solomon. 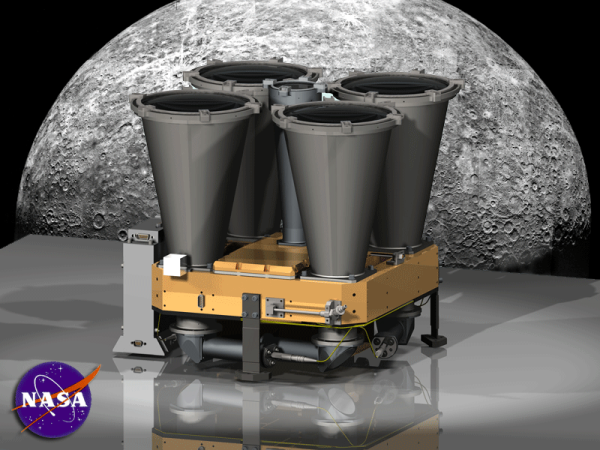 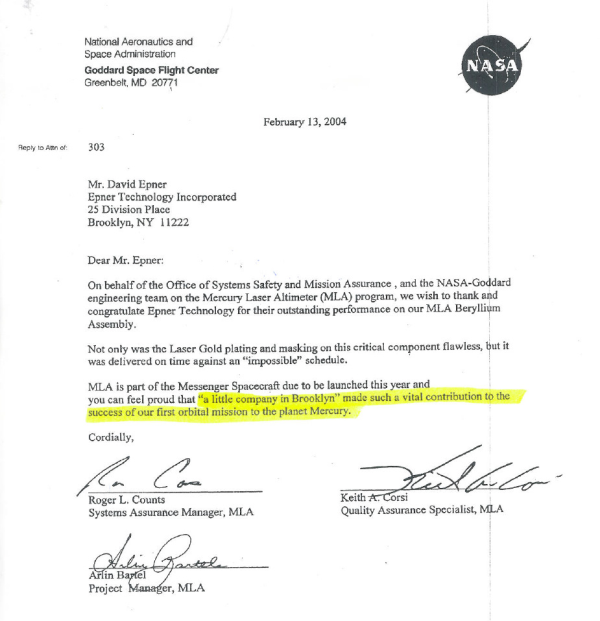 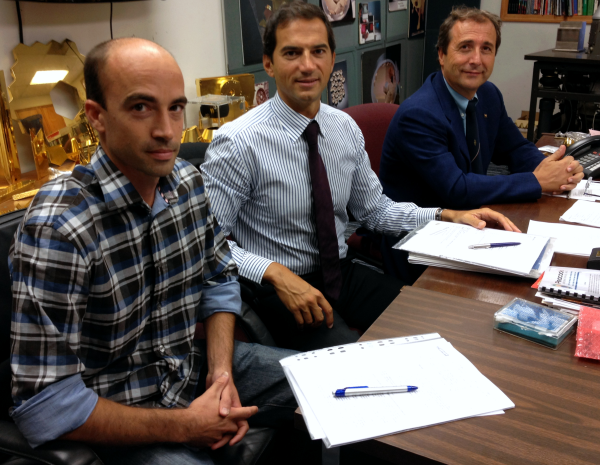 Dr. Sean Carl Solomon, the William B. Ransford Professor of Earth Science at Columbia University, is the Director of the University’s Lamont-Doherty Earth Observatory.  Dr. Solomon has been the Director of the Department of Terrestrial Magnetism at the Carnegie Institute in Washington, D.C. abd hus His research area is in geophysics, including the fields of planetary geology, seismology, marine geophysics, and geodynamics. Solomon is the principal investigator on the NASA MESSENGER mission to Mercury.  He is also a team member on the Gravity Recovery and Interior Laboratory mission and the Plume-Lithosphere Undersea Melt Experiment (PLUME). [Courtesy of Wikipedia]