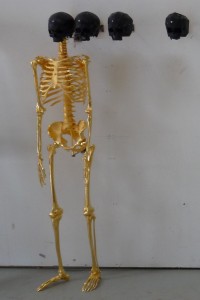 No really… The Munich Laser Show brought me to Germany soon after the Baltimore show where the previous blog was generated (see “Serendipity Strikes at Defense and Security”.

The German show closed on a Thursday (May 16th) and I set off by car for Frankfurt to see another customer before heading home.

A glance at my map triggered a 30 year-old memory!  Back then, I was trying to sell the Mercedes Paint Operations Manager the same Laser Gold reflector system for their infrared oven that was so successful at General Motors.The gentleman suggested that we continue our discussion over dinner and he knew of an excellent restaurant in a tiny village not far from Stuttgart. We drove to a “Gast Haus”in the village of Rosswag, where, indeed, we had a wonderful dinner. As I remembered, it was about 10 miles outside of Stuttgart, so I decided to detour off the autobahn hoping to re-live a memory that went back decades.

I found “Gasthof Lamm”, not quite as I remembered it. The interior had been completely redecorated and the enterprise was now owned by the chef who was also the son of the previous owner. And to my culinary delight, it had achieved a well deserved “one star” in the Michelin guide.

“That’s not serendipitous, you say?” I agree. That was just an aside that I thought curious enough to include in this blog.

Still with time to kill on my way to Frankfurt, I took another detour in Karlsruhe. Some years earlier, I was fascinated by a multimedia museum there called, The ZKM, and thought I would check it out again. The museum is housed in an interesting architectural example of adaptive use. Originally built during the First World War, it served as a munitions factory before and during WWII.

There was an “opening” that evening of a sculptural exhibit by an American artist named Matthew Day Jackson. Some five years earlier, Mister Jackson paid a visit to Epner Technology in New York, carrying a life-size plastic replica of a human skeleton”¦ You know, the kind that used to hang on a stand in doctor’s offices years ago.

He wanted to have the skeleton gold plated which we successfully did — eventually, but not without some serious misunderstanding about the price. It was probably my fault but the memory is vague.  The part that isn’t vague, however, was Mr. Jackson stomping out of our office, golden bones cradled in his arms, with the vow, “Never to darken our doorway again”.

After we had gone through the, “What are you doing here?”… “What are you doing here?” routine, to his great credit, classy guy that he is, Matthew gave me a chance to apologize and he agreed to, “bury the hatchet.”  We chatted a bit further about some of the Laser Gold plating we were doing for other artists that he knew, Trevor Paglin, Matthew Barney, (see blog “Aerospace to Art and Back”…), but realizing that there were other well-wishers growing impatient with my monopolizing the star of the evening, I wished him success with the exhibit and continued on my journey to Frankfurt. 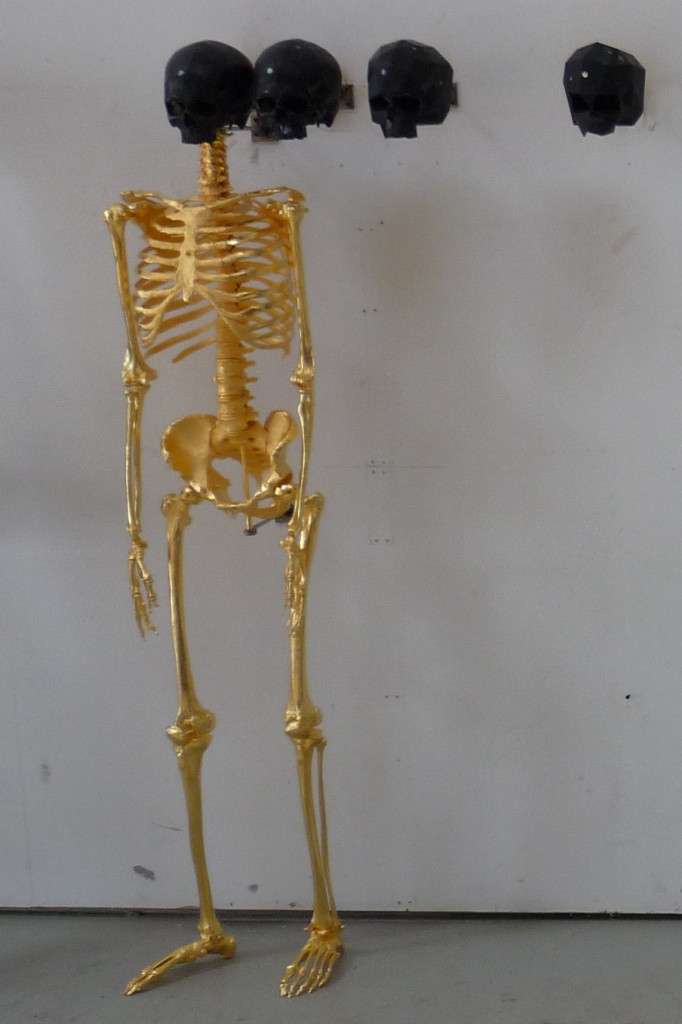