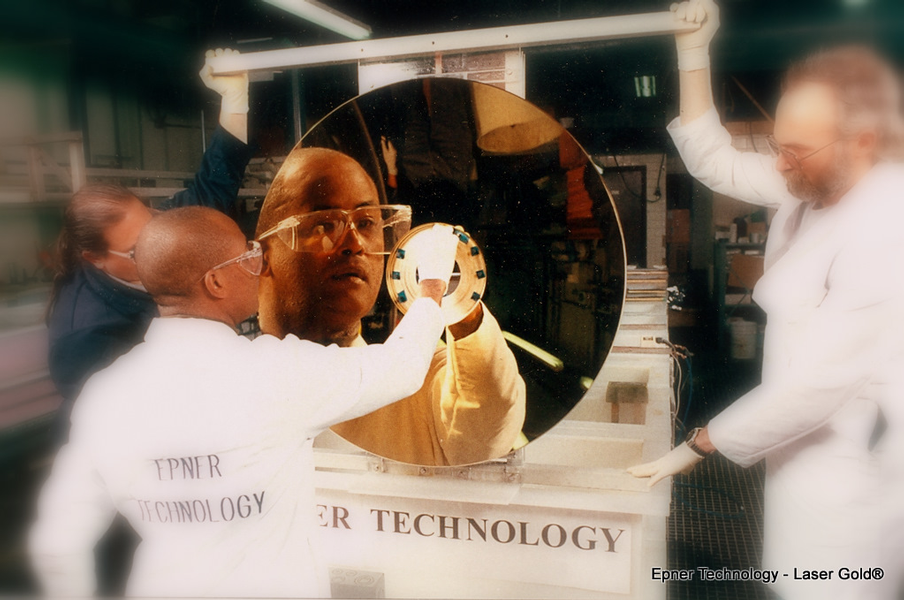 At 900-mm diameter the VCL mirror is one of the largest beryllium blanks ever produced by Brush Wellman. Valued at more than 1 million dollars, the electroless nickel plated, light weighted and polished mirror was the most daring project ever attempted in Epner Technology’s 90 year history.

In a dedicated production line, weeks of rehearsals were carried out using an unpolished, but otherwise physically identical aluminum “pathfinder” dummy mirror. After the plating engineers at ETI were comfortable with their process, the TV cameras were called in, and with Dr. Jack Bufton of Nasa-Goddard Space Flight Center present; the actual mirror was flawlessly coated with a uniform 1 micron of Laser Gold.

The Mirror was to orbit the earth in 2003 as part of NASA’s Earth System Science Pathfinder (ESSP) program. The principal goal of this program was the characterization of the three dimensional structure of the Earth, in particular: canopy vertical and horizontal structure and land surface topography. In June of 2002, the project was unfortunately canceled as a mission, but continued MBLA and science data analysis. 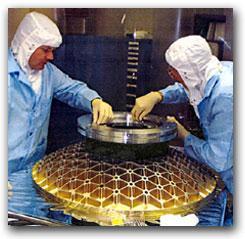 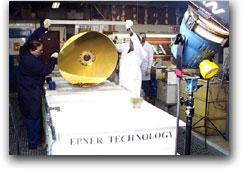